The anniversary book Made for loving it features the history of the Park World Tour, from 1996 to 2020. The book includes close to 350 pages, 1.000 photos, maps from all the 119 PWT events, memories from runners throughout the years, plus a lot more.

The book will be published during the PWT 25th anniversary celebration & race held in accordance with Euromeeting 2020. The shipping of the books starts in November 2020.

The net proceeds from the book sales will be used to support the PWT idea and international youth orienteering.

See a sample of the book here.

Thus, the PWT 25th anniversary celebration race will also be the Euromeeting 2020 sprint event. This means that the race will follow official standards for sprint orienteering event, and there will not be a limit for 25+25 participants but the entry will be according to the Euromeeting regulations.

The PWT / Euromeeting Sprint event will be held in Železný Brod on October 28th. More information about the event can be found in the updated Euromeeting Bulletin: https://woc2021.cz/euromeeting/bulletins/

We are pleased to announce that the plans and organizing of the PWT 25th anniversary celebration race are progressing.

Jaroslav Kacmarcik recently had a meeting with the WOC 2021 and Euromeeting 2020 event director Jan Picek, who will also be acting as the event director for the PWT race. The race is scheduled to be held 28th October, just before Euromeeting.

More detailed information about the PWT race will come later along with the Euromeeting bulletins, but we can already say that a Czech TV sport channel will be producing a live broadcast from the event.

We are continuing the work with the memory book for the 25th years celebration of Park World Tour. We wished to have the book ready for Sprint WOC 2020 in Denmark, but since WOC has been cancelled, we are organizing a separate book release and anniversary celebration event later on this year.

As one of the first PWT races was held in Czech, we will celebrate the 25th anniversary in Czech Republic, in connection with the Euromeeting 2020 and WOC 2021 pre-training camp. So, save the date: 28th October 2020!

Naturally, we will follow the situation with the pandemic, but we are optimistic that the celebration and the race can be organized. We wish that all countries will be able to participate, according to the upcoming safety regulations for travelling.

ps. We have also updated information regarding other upcoming events, as due to the pandemic situation and different restrictions, the events along with many details are yet to be confirmed.

For more information about Euromeeting and WOC, visit the official WOC2021 web site

We wish Happy Easter to all orienteers and families!

PWT is in contact with its partners and we are prepared to adjust dates of events where possible. More information when the situation updates. Until then, take care.

The PWT working team is small these days and the work is on a voluntary basis, but we make the best of it. To introduce the team, below you can read a short Q&A with Tuomas and Giulia.

2. What is your background, your work, hobbies?

3. What do you know about PWT?

4. You work as a volunteer for PWT, do you have time for it?

1. First, I am an eager orienteer. I come from Finland, and on a club level I represent Angelniemen Ankkuri (from Salo), which is the one and only club for me as I have represented it all my life, ever since I started orienteering at the age of seven. Thus, I’ve been with the club for almost 30 years now. At the moment, I live in Jyväskylä, where, by the way, a PWT event was held back in 1997.

2. I work as a postdoctoral researcher. My main research interest is the use of technology in everyday life, especially in the context of health and wellness. Hence, I am also professionally interested on how people use digital technologies to support their physical activity and exercise (orienteering among them). Besides my work and orienteering, I don’t really have time for other hobbies, but I am an avid foodie keeping a close eye (and mouth) on the food and restaurant scene.

3. I ran my first PWT race in Lonigo, Italy in 2008. Before that I had followed PWT competitions from the Internet, magazines, and I even remember some TV broadcast from the early days. Since the race in Lonigo 2008, I have actually been present at every single PWT race; always as a runner, though not all competitions I’ve been able to start due to injuries. Having said that, I’ve also been doing volunteer work for PWT since 2012; first some years mainly with the web site (writing under the alias Madi), but later on with a growing role, also helping out with other activities and tasks. During this time, I have come to learn various stories and the history of the Park World Tour. The amazing work that PWT has done for orienteering promotion since 1996 is impossible to present in few words – I will just say it has my utmost respect.

4. I lead a busy life with generally rather long working days. To balance it, I do my daily runs and take part in different orienteering activities and competitions. Thus, “free time” is often somewhat minuscule. However, for a good cause that I find important and meaningful, such as the PWT idea, I am always willing to make time for. It does not feel like “work” when it is something close to your heart and something you see value in. I am happy to be able to help and promote the PWT idea.

2. I played basketball for 20 years, and tried many other sports: swimming, tennis, volleyball… I met orienteering during the middle school, but I didn’t continue with it. I graduated in languages, then I travelled in Australia for 1 year to improve my English. When I came back in 2010, I started to work with Park World Tour Italy and I continued until December 2019. After a couple of years of yoga practice, in 2015 I started a Yoga Teacher Course and I became Yoga Teacher, which is actually my current work. In the last couple of years I also had the possibility to teach yoga combining it with orienteering events of Park World Tour Italy 🙂

3. I know Park World Tour aims to spread orienteering around the World and to make it accessible to everyone. This is also the aim of Park World Tour Italy, which by the way gave me the possibility to visit many big Italian cities and small villages, together with other Mediterranean countries. I know Park World Tour introduced new ideas and new format like the sprint race into the orienteering World, and I had the possibility of listening to many stories about the past times by Jaroslav Kacmarcik, Jörgen Mårtensson, and Gabriele Viale.

4. I am currently a Yoga teacher, and I have some free time during the week. For me, working as volunteer for Park World Tour is a nice way to meet new people from around the World and keep traveling around. Orienteers are nice people! And I like very much the atmosphere that PWT can create 🙂

I am using the Park World Tour (PWT) website to say a few words to you.

We opened the new PWT website from 1st of January 2020 to support our work to renew the PWT idea. Despite these challenging times, we continue with this work, but as all of you know, most of the work is halted at the moment. Nobody knows how long this exceptional situation with the pandemic will last, but I hope to see you again very soon in the forests, parks, and cities. I know many of you are keeping on with training and continuing with the “theoretical” work at your homes/countries.

Likewise, PWT works like that. From our homes, we keep on planning, following all the information from IOF, and what happens in different O-Federations. We are still working with the ideas for autumn PWT TOURS, if the situation will permit to travel at the time of course. Your/our health is a priority. IOF has cancelled many major international events, PWT Italy had to cancel MOC and MOC camp of this spring, as is the same with many national events. It is difficult to guess what will happen with the first sprint WOC. Perhaps in this very special time even the sprint WOC in Denmark should be postponed to the end of September, to allow for a fairer preparation for all countries.

2020 is the 25 years anniversary of PWT, as first events were in 1996. To celebrate this, we are preparing the PWT memory book, and the work with this book is ongoing. The aim was to have the book ready for the first sprint WOC in Denmark. But now as everything is going slower, even the book preparation will be delayed a little. Nevertheless, the book will be ready by autumn 2020. More information about the book will be published on our homepage in the near future. Runners, leaders, organizers, ”old” PWT crew/council are approached to help in filling this book with interesting memories.

PWT has no sponsors, but during the last few years PWT has had very good partners, which continued to build up programs (Tours) for elite runners. I would like to thank all partners – old and new (Learnjoy, Nordic Ways, Kisakallio, and many others). Without them, the PWT idea would have faded away. I also want to mention PWT Travel and PWT Italy, which have kept promoting PWT logo during all these years; this was a way to make people know about PWT around the world. The logo has been used by PWT Travel and PWT Italy in different ways from the original idea, but both of them have aimed to develop orienteering in new countries. PWT Travel has focused more on veterans and travels in new countries, whereas PWT Italy has focused more on elite runners, working closer to the original PWT idea and organising MOC competitions every spring starting from some of the first big PWT races in the past, such as Alberobello and Matera.

I hope the PWT idea is and will keep existing: competing at the same economic conditions, fairness, prize money, for all runners irrespective of nationality.

Our working team is very small these days and the work is on a voluntary basis, but we make the best of it. The new website was the first step. PWT Academy is another idea we are working on. To help new countries under IOF umbrella is also our goal (Nepal, Mauritius, India, Cuba, …). I would like to present my team and working partners who are helping me with the practical work to continue with the PWT idea: Tuomas Kari and Giulia Zenere. You can read their introduction in the next posts coming up this week. 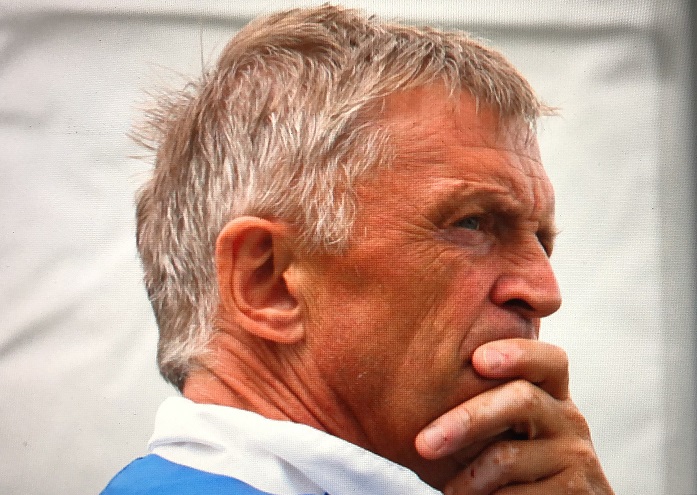 Dear orienteering friends. Tomorrow, Sunday the 22nd of March 2020, was supposed to take place the third elite orienteering event in Matera, the legendary sprint orienteering city located in the region of Basilicata in Southern Italy. Due to the very unfortunate recent events, the race has naturally been cancelled.

But orienteering in Matera and in Italy will be back again, and the planned event in Matera will take place 2021. PWT would like to present its support for this fantastic event.

Meanwhile, while most orienteering activities are postponed or cancelled, we can always look for positive feelings from good memories. Hence, we would like to present a video from the 2002 PWT event in Matera. Also, if you are interested who were on top that day, you can find the race report from the old PWT web site: PWT Matera 2002.

Due to the current situation with COVID-19 all decisions regarding PWT Academy scholarship in connection with O-Ringen Academy will be postponed to the end of April 2020.